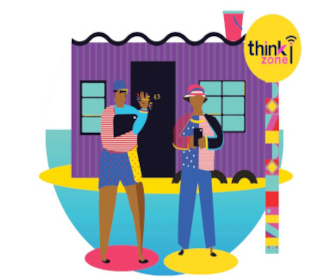 MyBroadband tested the free Wi-Fi service offered by Think WiFi, which is now available at 442 sites across South Africa, and found usable internet. Think WiFi promises free uncapped Wi-Fi with speeds up to 30 Mbps. It is an ad-supported service where the user gets 30 minutes of free Wi-Fi after watching a short advertisement. The hotspots are available in under-served communities across South Africa, which should help residents access information and technology previously unavailable to them.

We visited one of these hotspots in Midrand to test the service. Initially, we first struggled to find the hotspot as there was no clear indication of its location. The Think WiFi app helped a bit, but we still had to move around to find the hotspot. The hotspot was outside a small shopping centre. We picked up the Wi-Fi signal in the parking lot, but it was too weak to connect to.

After moving around, we found the signal strength improved significantly around the more informal shops on the corner.

We did not see any clear indication or advertising of the free hotspot, but it seemed close to where it showed on the map. We saw a few people sitting under trees close to the hotspot who were using the free Wi-Fi. After connecting, we were asked to sign in to the network. Unlike the TshWiFi hotspots we recently tested, the login did not require personal information.

We only had to watch a short promotional video, streamed over the Wi-Fi network, and we received a countdown timer with 30 minutes of free internet.

We had an add blocker running when we first connected but were forced to switch it off and watch the video before we could use the connection. Speed tests to MyBroadband’s servers showed download speeds averaging slightly over 9 Mbps on a Samsung Galaxy S22+ and an average of around 7 Mbps on a Microsoft Surface Laptop 3.

We could download files and use peer-to-peer services at will. Surfshark VPN worked without problems on this connection but dropped speeds to just over 3 Mbps.

The VPN did not seem to affect the countdown timer, so it is not possible to skip the advertisements. While this connection did not seem stable enough for gaming, it is excellent for all the other use cases, such as learning, streaming, downloading, video calls, and uploading pictures.

These speeds have also improved since we tested the original hotspots launched in partnership with Google in 2019. Although the search giant abandoned its Google Station project, ThinkWiFi forged on and continued to build out its network.

-This article was originally published by MYBROADBAND.